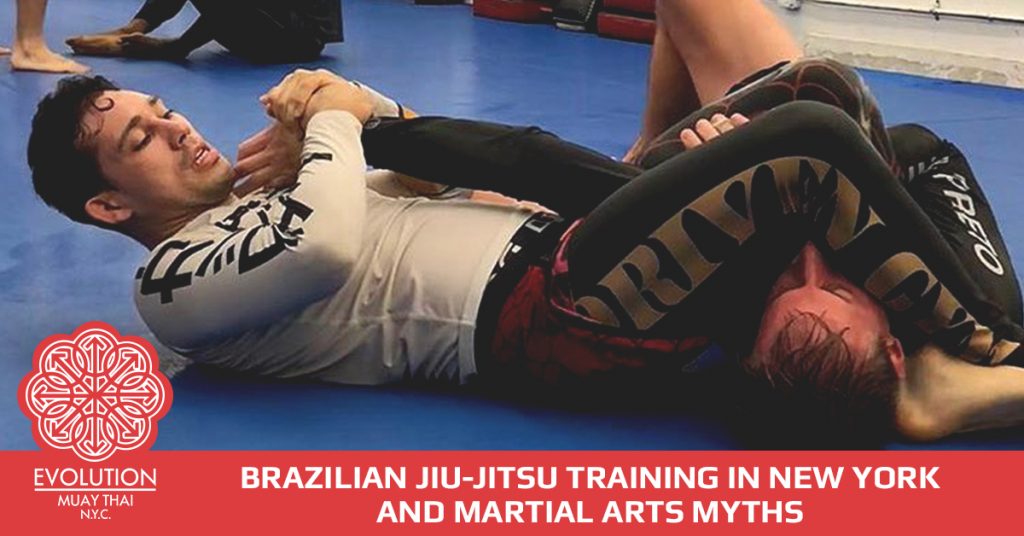 Some people really have no clue what martial arts is all about. Just because you have seen all three Karate Kid movies and loved Jean-Claude Van Damme in Kickboxer and Bloodsport, it doesn’t make you an expert on the subject.

In fact, if anything, these movies may have given you a misconception about martial arts. You might think martial arts is just violent, mindless fighting, which couldn’t be further from the truth. You might also think you can watch a couple of Jackie Chan movies and master the moves you see on the screen.

Boy, have you got a lot to learn.

Knowledge is power, so it is best to be well-informed before you start talking trash about martial arts. Evolution Muay Thai, your source for Brazilian Jiu-Jitsu training in New York, offers martial arts myths.

You Need to Start Young

While it does take years to master just one discipline, you don’t have to be young when you start. You can start martial arts as a child, but you can also start it if you are in your 50s. It doesn’t matter, martial arts is a benefit to people of all ages.

Don’t use your age as an excuse not to start. It is never too late to begin your martial arts journey.

Martial Arts is All About Punching and Kicking

There are martial arts that don’t use punches and kicks at all. For example, Brazilian Jiu-Jitsu focuses on joint locks and chokes while Judo focuses on takedowns and throws.

The same holds true for wrestling, where the goal is to take down your opponent and pin them, punching and kicking are banned.

You Will Suffer Major Injuries

Truth be told; martial arts didn’t even make the top 20 list of sports-related injuries. In fact, golf and ice skating land more emergency visits than martial arts. There is even evidence that professional MMA fighting is less dangerous than NFL football.

Sadly, there are parents who refuse to sign their kids up for martial arts for fear it will turn them into bullies. Not only does martial arts emphasize problem-solving through non-violent ways, but they also instill values in children and adults that are contradictory to bullying.

A martial arts training environment is not conducive to manipulative, rude or aggressive behavior.

Eight Lessons and You are a Ninja

Some people think that just a few martial arts lessons are enough to save you from the most perilous scenarios. The truth is that you are still likely to get crushed should you get into a fight with someone who is bigger and stronger than you.

Like we stated earlier, it takes years to master just one discipline. So prepare for a long journey when signing up for martial arts.